Learn about the vibrant and changing world of visual storytelling through comics, storyboards, illustrations and graphic novels.

This series of online workshops is a chance to explore the art of building stories through text and image. Each workshop includes creative drawing prompts, class discussions and tailored feedback. Together, we will look at the construction of graphic narratives–from woodcuts to webcomics–developing our own projects along the way.

Visual Storytelling Workshop Series consists of different modules, each focused on a different aspect of developing your visual language.

The teaching develops organically with each module over the course of the year, but if you start mid-year you will be guided into the overall process.

Individual tutoring and specific exercises will respond to the goals, struggles and needs of each student. Complete beginners are welcome and you are invited to join at the start of any module, or leave and come back. This workshop series is for anyone that is developing their own comics series or graphic novel or just wants to explore different aspects of visual storytelling. For those further along in their creative journey, this can also be a place to get feedback on long term projects.

Join at the start of any workshop, no matter what level you are at.

Writing and Illustrating a Graphic Novel 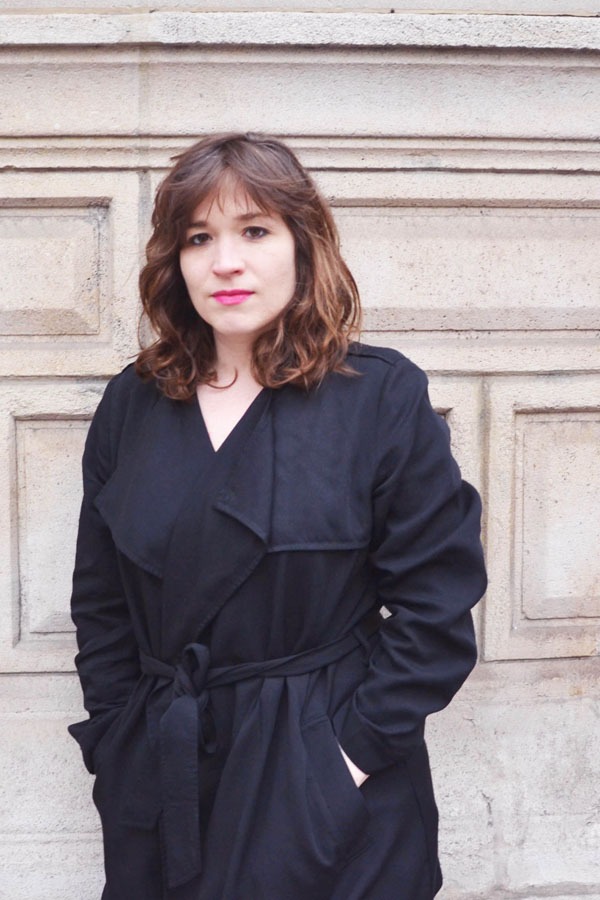 Ali Fitzgerald is an artist and writer living in Berlin. She is a regular contributor to the New Yorker as well as the New York Times. Her work has also been published in the Guardian, New York Magazine: The Cut, Modern Painters Magazine, McSweeney’s and elsewhere. Her art has been exhibited internationally, including the Haus am Luetzowplatz in Berlin, the Center for Book Arts in New York and the Austin Museum of Art.

In 2017 she was awarded the Cornish CCS fellowship at the Center for Cartoon Studies and in 2018 the Georgia Fee Residency with Artslant in Paris. In the Spring of 2018 she collaborated with the San Francisco Museum of Modern Art on a series of drawings about Magritte. In 2020 was a fellow at the Maison des Artistes in Angoulême, France.

Her graphic nonfiction book, “Drawn to Berlin,” about teaching comics in refugee shelters and Berlin’s evolving relationship to Bohemia and immigration was named one of the top ten comics of 2018 by New York Magazine:Vulture and received the Independent Publisher’s Award for Best Drawn Book of 2018.

She has conducted visual storytelling workshops at the National Library of Germany in Frankfurt, the University of Bath, Shakespeare and Company in Paris, Davidson College, and Grafill in Norway and is skilled at directing individuals along their own comic journey.

The course about anatomy with G was great! It’s amazing how much you can learn in such a short time and G is a very precise and nice instructor. Thank you for that!

G Caruso’s watercolor workshop was excellent and my first online art workshop. I hadn’t worked with watercolor for many years and I was able to refresh my memory and learn new techniques each week. Each session was recorded on dropbox so I was able to reinforce my learning. Each participant was able to upload their projects and get positive feedback and suggestions. G is an organized, very experienced water-colorist and teacher who shares her passion for the medium. She cares about each student and their progress. The sense of community that developed was such a treat. I live in the USA and worked from my studio. There were students from four other countries. I signed up for another class immediately and hope online classes will continue to be offered.

I really recommend these classes to open minded people. Here you will learn basics or enhance your already established skills in a non academic way. You can always grab a book and learn about how you “should” draw lights and shadows, but this is different. This is about approaching reality, breaking through your “standards” and creating something that, sometimes surprisingly, is always definitely interesting. If you are not afraid of what can get out of your pencil when you let it go, just come to this workshop: it is the right place for you!

I took the Spring 2013 Drawing Workshop and can highly recommend it. This is a great class for learning to observe and draw in a structured, yet playful and creative way. I was familiar with some of the ideas from Betty Edwards ‘Drawing on the Right Side of the Brain’, and I also met many new exercises and ways of approaching drawing. Mira is a gentle and supportive teacher, at the same time she is always stretching her students to try different methods and get beyond their self-imposed limits. By the end of the class, I noticed that my drawing had improved in ways that I hadn’t even realised!

Your email will be used exclusively for our Newsletter for which we use Mailchimp and you can easily unsubscribe at any time.